“Found objects carry a sense of place and time, which can convey mood and mystery in our work”

Preconceived idea, Serendipity or both?

How do we cross paths with natural objects? Do we go and look for the object that provides the perfect solution to a pre-existing composition problem we are grappling with? Or do natural objects find us through serendipity and dictate the composition for us? Or some combination? These approaches are rich with possibilities which reveal themselves to those who look. 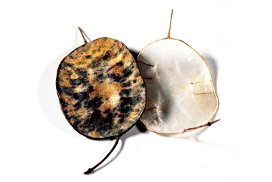 Stones, driftwood, leaves… Found objects connect us to the place where we found them. They also carry the mystery of their past. These references to space and time are precious. How do we make sure we don’t lose them when we embrace found objects in our work?

Stones and slate are plentiful in my surroundings. I found the stone featured on the bottom left during a walk (serendipity). It immediately spoke to me with its rugged texture, its many facets and its absorbing blackness. I also found a silver dollar pod further along my path. By the end of my walk, I had formed in my mind the picture of a piece where the fragile pod lived in mysterious contrast with the age-old stone. This is how the necklace featured above came about.

For the piece entitled Blooming Slate below, I exhumed a cup bead from my scrap pile and, after exploring a number of possible compositions around it, I imagined a supporting structure made of slate. So, I went looking for shards of slate (preconceived idea) sturdy enough to scaffold the necklace but still allowed the cup bead to take pride of place. It’s not until I had the cup placed on its slate branches, that the idea of “slate in bloom” came to mind. I fractured the cup, aged it and gave it white foliage and a corolla to transform it into a flower. 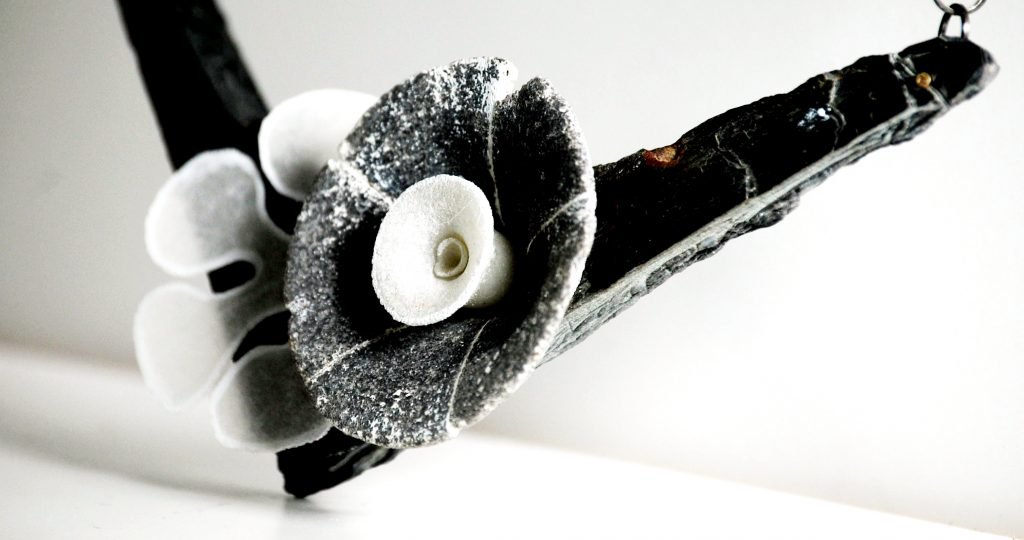 What did I learn?

My “crossing path” with nature sharpened my eye to detect contrast in nature as I walked around. It also made me realise how much I valued the role of contrast in my work. When my vision was clear, the technical hurdles were manageable. 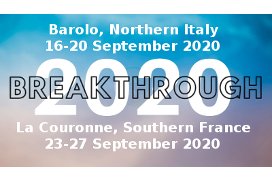 This post illustrates aspects of the Breakthrough2020 retreat programme organised by Donna Greenberg and myself.

A first of its kind, a 5-day polymer jewellery design retreat that focuses on each participant’s personal goals with a unique programme constructed to help you grow your personal creative strengths.

Ignite your adventurous spirit in a magnificent setting and join us at one of these two gorgeous venues in Barolo, Italy or La Couronne, (near Martigues), France. https://voila.eu.com/breakthrough2020/